Someone should start a blog showcasing their original interactive artwork, artwork “with purpose.” I don’t mean that art doesn’t have purpose of its own volition (The scholarly debate on this subject is too extensive to go into.), but what I mean is if the art also had user-interactive purpose. A blog of this kind could provide optical illusion artwork, or artwork with hidden items (like the I Spy and Where’s Waldo? series we loved as children). Or mazes! 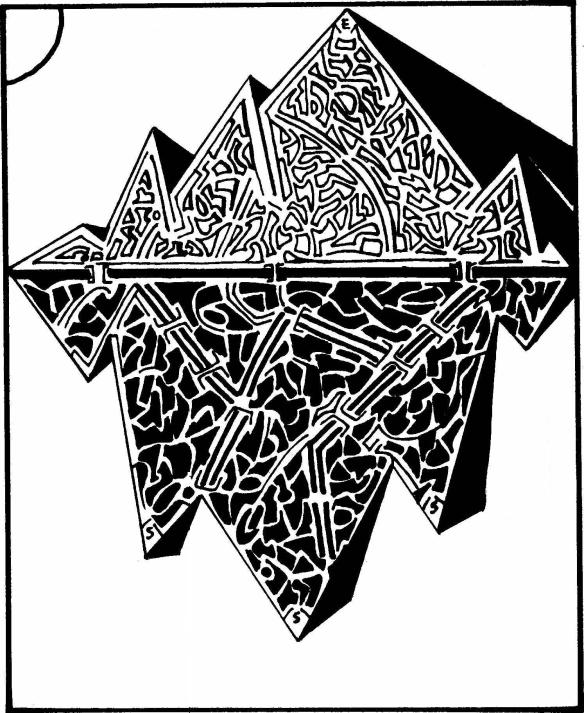 Mazes are these manipulated confines for getting lost in, just so you can know the joy of being found, or unlost. Isn’t it interesting how much we hate the feeling of being lost in a crowd or in an unfamiliar place, but when we go through life-size mazes, we get lost on purpose. We can’t see beyond the walls, or in some cases, rows of corn. We know where we are trying to get to, and yet we’ve never reached that end.

On-paper (or in this case, on-screen mazes) are a little less intimidating. In fact, some individuals throughout the long ages of maze existence (but I’m certain not you, dear readers) have cheated and started at the end, working their way to the start. But when you think of it, that doesn’t make the adventure any easier, because you still know one point and not how to get to the other point until trial-and-error does its magic.

The example blog I am sharing was actually the inspiration for this post, so I give a friendly blogger shoutout to mazeingpuzzles and encourage you to drop by the site to see more original, artsy mazes like the one above.

Someone should start a blog about thought-provoking movie quotes . . .

Movies. I love them. An original plot, a few strong actors and/or actresses, fitting cinematography. For me, that’s a good movie. But I can’t forget the movie’s ability to provoke thoughts. Thoughts I’ve maybe never had before. Issues I hadn’t seen the other side of. Ideal movie viewers must ask themselves the very questions that the characters are faced with.

I recently watched the movie Never Let me Go, which is based on the *novel of the same name by Kazuo Ishiguro (Remains of the Day). By way of summary, the movie is about three young adults who’ve grown up in a British boarding school that serves a very distinct group of people: clones created for the sole purpose of donating their organs shortly after they become adults. After the fourth donation, these individuals “complete,” in other words, die. The movie follows not only the coming-of-age of these three characters, but also their romantic interests and confrontation of their inevitable deaths.

One scene in particular, I watched over and over again. In this scene, one of their more caring teachers decides to tell them outright what is always hinted at in the boarding school but never stated: that they were born to die. Here’s her speech:

“Do you know what happens to children when they grow up? No, you don’t, because nobody knows. They might grow up to become actors, move to America, or they might work in supermarkets, or teach in schools. They might become sportsmen or bus conductors or racing car drivers. They might do almost anything.”

The teacher goes on to explain that they’re not like normal children. Since before they were born, their fates were chosen for them. The mystery of what they will become has been stolen away from them.

*I originally thought the name of the novel was Remains of the Day, but that was a different novel by the same author.